In today’s unpredictable and fast-pace world, Loqu8 empowers users with everything they need to work efficiently and make timely decisions. Just point and Loqu8 instantly displays the information you need. Loqu8's augmented intelligence model is the result of years of research at Stanford University in cognitive science and information processing. Loqu8 is a privately-held corporation. For more information, visit www.loqu8.com. 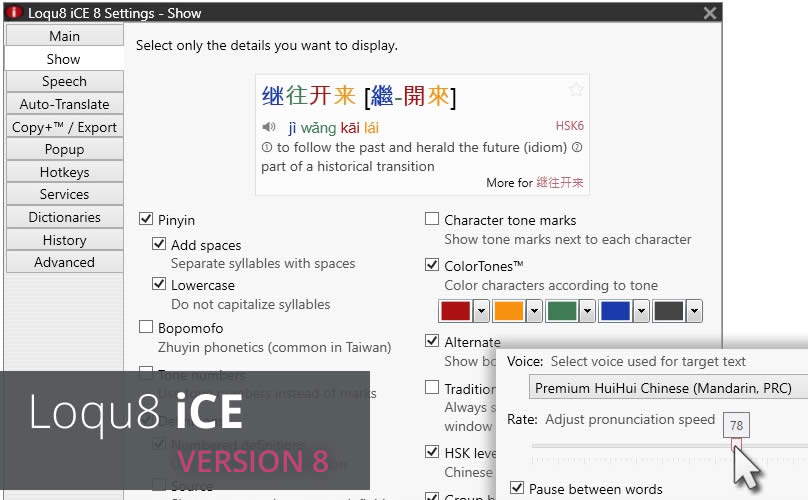 A Revolution in Learning Chinese with Loqu8

The Simple Way to Learn Chinese

Loqu8 announced iCE Version 7, the Chinese dictionary and translator for those who simply want to understand and learn Chinese. PDF

Loqu8 announced iCE 6, the company’s flagship Chinese-English tool for professionals and students who want to understand and learn Chinese. PDF

Learn in Chinese with English, Malay and Hindi

Loqu8 was pleased to accept an invitation to Salesforce.com’s AppQuest contest to identify the next killer application for the cloud. As a Force.com developer, Loqu8 was chosen for its groundbreaking Insight application that rapidly displays CRM and Force.com information through context-sensitive popup windows. PDF

Our users, from the U.S. State Department to the United Nations Office at Geneva, are excited about Loqu8.